Dhaka WASA (Water Supply & Sewerage System) was established in the year 1963 as an organization, under the East Pakistan ordinance XIX. In the year 1990, Water, Drainage & Sanitation service of Narayangonj city handed over to DWASA. Based on the tremendous geographical expansion and population growth over the last two decades, DWASA’s activities has been reorganized by Dhaka WASA Act, 1996 and according to this act, DWASA it is operating as a service oriented commercial organization. Now, the jurisdiction of Dhaka WASA is more than 360 Sq. km and the population is about 12.5 million.

At present the service area of DWASA extended to Mirpur and Uttara in the North and to Narayanganj in the South. For better operation, maintenance and customer care, the total service area of DWASA is divided into 11 geographic zones, which includes 10 in Dhaka City and 1 in Narayanganj. There is an office for each zone and this office carries out the responsibilities of engineering operation as well as revenue activities.

Large infrastructural works are currently taking place to expedite the shift from ground water to surface water as a water source. To replace the old network a total of 145 DMAs will be build (see map), financed by the Asian Development Bank. 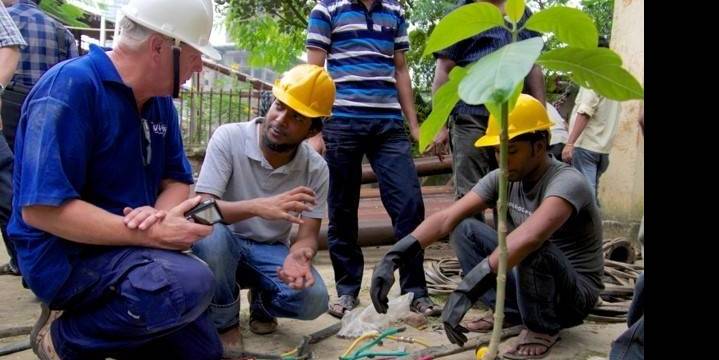