To recall October 25, 2020, Typhoon Quinta brought more than 200 mm of rain in one day to Bayawan and caused flash floods. In particular, water from the Lower Uwakan River rose by 8 meters from the bottom to ground level where the water source facility of Bayawan Water District (BAWAD) is standing. 1.5-meter floodwater rose from the ground level of the facility up to the filtration tanks, reservoirs, panel boards, or electricals including the controls.

The San Jose-Bugay water supply system that includes a treatment facility, is a Water for Life project that was completed in July 2020 through a Water Operator Partnership between VEI and BAWAD, and three other water districts located in Cebu and Negros Islands under the Performance Enhancement Water Utilities Philippines (PEWUP) Project.

Since the onslaught of Typhoon Quinta, BAWAD needed to rehabilitate the facility so it can resume water service provision to the two remote barangays. The facility already utilized solar power to run as part of its resilience strategy. However, the present situation calls for the facility to be resilient from floods and sustain good water quality with an improved treatment facility.

BAWAD designed a resilient facility, which elevated the solar panels to 6m from ground level. The damaged solar inverters were replaced so solar energy will run again the facility. During the flood, it was located at 2.5m from the ground. A standby generator is also in place. Likewise, the control panels were also elevated to around 4m from the ground. This will ensure that these will not submerge if ever a flood should occur again. An improved treatment facility that included a concrete clarifier was also built to sustain the water quality of the system.

To promote sustainability especially for the Uwakan River, tree planting is one of the activities identified. This will help reduce run-off water as the land area is predominantly used for sugarcane farming. Likewise, the local leaders of San Jose and Bugay have expressed commitment by signing the Sustainability Commitment. The Barangay captains representing their respective local constituents support the protection of the San Jose-Bugay Water System along with the source, which is the Uwakan river. 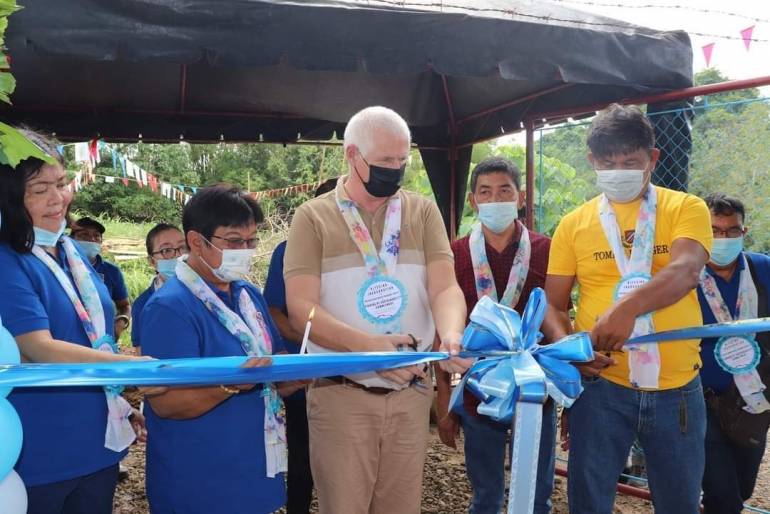