In April 2019, a second mission on leak detection was held to Santa Cruz with a special focus on non-visible leakages. Leak detection equipment was checked and preparations were made to give the trainings on detecting leaks in the water pipe. Therefore, several drinking water companies were visited (e.g. COSIMBO, COSPAIL, COSPHUL, COOSAJOSAM and SEAPAS) and staff was trained. The main purpose of these trainings is to make people aware of how leakages, especially non-visible leakages, can be determined and water losses can be limited.

We started the training by explaining two devices which the Periagua project had procured earlier: the Aquaphon A100 and the StethoPhon 04. Leak detection is a form of detecting local leaks in water pipes without heel-and/or crushing the pipe. Sound detection captures noise that comes from the fractures or cracks in the water pipe. The use of the equipment and the technique of sound detection were shown and explained in concrete field trainings, for example at a location of the company COSAP. This location was specifically chosen because there we had also the opportunity to simulate leakages in the water pipe.

Everyone could clearly hear the different noises occurring from leakages in the water pipe. After the training, it was important to put in practice what they had learned. Only by practicing one can improve the recognition of the differences in noise. Practicing the use, we discovered a big (non-visible) leak (see video). 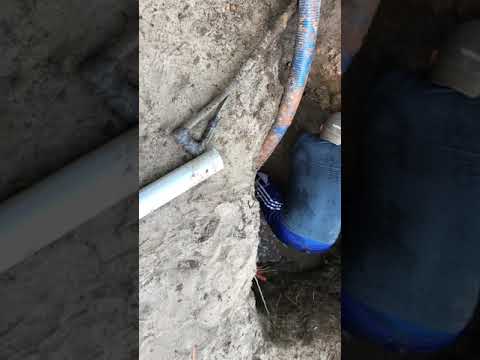